Energy drinks can give you a boost on Monday morning. However, these drinks have only temporary effect, according to a review published in the journal Frontiers in Public Health.

After reviewing a variety of recent studies on the risks associated with energy drinks, researchers concluded: there is a serious and thorough impact from energy drinks against health body.

Energy drinks can disrupt the sleep cycle, increase the weight, and even make blood pressure rise sharply. However, the overall evidence stated, they also lead to substance abuse, mental health, the risk of diabetes, dental porous, and also damage the kidneys.

“Surprisingly it was like knowing the extent of the health effects on the body’s energy drink,” said the author of the study, Josiemer Mattei, Ph.d., an Assistant Professor of nutrition at Harvard T.H. Chan School of Public Health in men’s Health.

In fact, on average every 500 ml/16.9 ounce can contains roughly 54 grams of sugar, according to the findings of such reviews. The American Heart Association recommendation is much lower, i.e. no more than 36 grams per day for the men.

When the body is less sugar intake, ultimately the body will be difficult to respond to such conditions. As a result, the body requires more insulin to supply glucose in the cells of the body.

This insulin resistance can lead to type 2 diabetes, according to the National Institute of Diabetes and Digestive Kidney Diseases. Plus, the continuous high sugar levels in the body can damage the nerves and blood vessels over time, which can trigger heart disease and kidney.

Energy drinks also contain caffeine as much as 207 mg per 2 oz, according to reviews. While observers noted that intake moderately up to 400 mg per day is considered safe, but if it exceeds the limits of the health implications posed could be more serious.

A study in Korea stated, dependence on caffeine can affect mood and disrupt sleep. It is closely related to the onset of symptoms of stress and depression.

Mattei stressed that the evidence that exists at this moment didn’t support that the health risks are becoming more important than the benefits while you are feeling when drinking beverage energized.

However, his opinion again, it is better not to drink energy drinks, because however, healthy water is far more helpful to you than energy drinks. 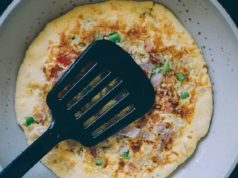 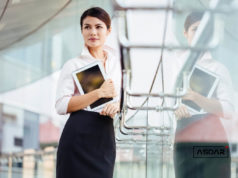 Want To Be A Successful Career Woman? Try to Have 5 It 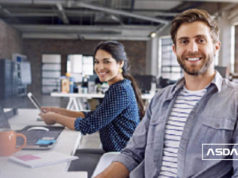 Want to Keep the Spirit in Business? Check out 6 Tricks It

Why the Very Best Acne Remedies Have Not Solved Acne

7 Tips Success to Get Money from Youtube for Beginners

Science Say, Romance Can Change The Senses Of Taste

6 Tricks Back Healthy Living Life Over the Holidays

Want To Be A Successful Career Woman? Try to Have 5 It

Want to Keep the Spirit in Business? Check out 6 Tricks It